Danger, Chances and a Giveaway Competition!

"A good coupling with a sure, sophisticated, caring lover and passionate, willing partner. I also like that it was a forty something and a thirty something in the lead. Not that I suppose it matters, but it's just good for a change. There is a very slight twist at the end, I knew there would be, but not what I was thinking … so go, Anne Brooke. Terrific, sexy and quick reading with a couple of nice characters and a good ending."

Many thanks indeed, Karen.

"I found it brilliant in a way, powerful as hell too, but above all, I found it saddening and depressive. The protagonist, Michael, is such a disturbing character … What I loved most though was the description of the artist and his mentality … Michael was brilliantly written."

And, bringing these two books together in a very exciting giveaway competition is my On Top Down Under interview - so enter today only to win 1 of 2 FREE gay fiction ebooks. Pop along early to avoid disappointment, and I hope you enjoy the interview also. Happy reading and good luck!

Other book news is that gay-themed fantasy novel The Giftingwas briefly at No 95 in the Amazon US gay fiction chart, and atNo 82 in the Amazon UK gay fiction charts, so that was rather jolly. It's also been downloaded over 2000 times at Free Ebooks, so maybe it's not that bad, after all. Hey, a writer can dream, eh. And it's FREE, so what could be nicer?

Not to be outdone, the second in the trilogy, Hallsfoot's Battle, has just been downloaded over 1000 times at Free Ebooks, so that's reassuring too. And that's FREE as well, of course, so never say I'm not a generous soul at heart, ho ho.


In terms of current work, I'm now well into my second edit of gay fantasy The Taming of The Hawk so hope to get that finalised and submitted somewhere by the end of November, all things being equal.

I had a wonderful and sooo relaxing reflexology session during the week, and have already booked another one for next month. There's definitely time in life for more relaxation. 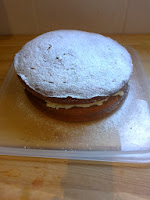 Yesterday, I tried my hand at Coffee and Mint Cream cake - which is an interesting combination but I'm not sure it quite works. It's pleasant enough though, so we'll be sure to eat it up at some point. In the evening, K and I had a marvellous time listening to Guildford Choral Society's performance of Handel's Israel in Egypt. I can never get enough Handel really - the music is always pure perfection. A special mention has to go to the wonderful contralto who looked like a fragile pixie you could knock down with a feather, and yet had a glorious humdinger of a voice which filled the whole cathedral and some. Amazing stuff.

Today has been the Remembrance Service at church and round the War Memorial. It always gets me when the names of local soldiers lost in both wars are read out, and there are four or five gone from the same families. A terrible memory indeed.